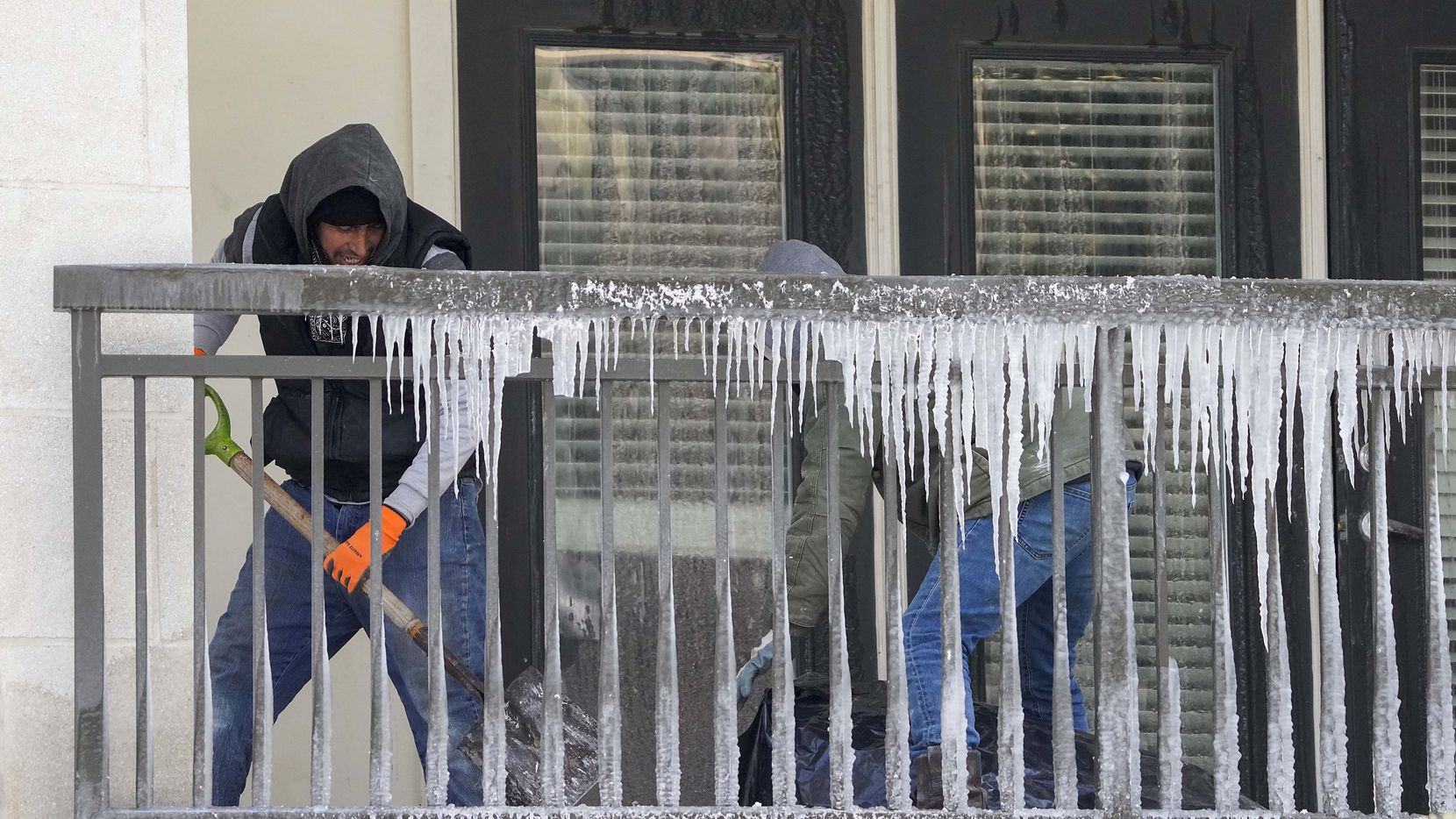 As Texans deal with days of freezing weather and power outages, apartment owners and residents have been particularly hard-hit.

Social media posts show water cascading out of Dallas apartments flooded by broken pipes. In many cases, fire sprinkler systems in the ceilings froze, then burst to send torrents into living spaces.

Lauren Jacob posted photos of flooding in her Victory Park complex when the sprinkler system burst. She said management eventually shut off the system.

“About 15 to 20 units were affected,” Jacob said in a message. “I live on the other side of the complex, and I was unaffected. I heard they got the water dried up with professional crews, but I think a few people were displaced.”

Many other rental buildings were hit even harder.

In Oak Lawn, the 2929 Wycliff complex told tenants to move out because of severe water damage.

“At this time, the outgoing sewer lines have frozen underground and we are not able to clear them,” managers told residents of the 284 apartments in an email. “To prevent further damages, we have shut off all water to both buildings and will need to wait until the lines thaw out to assess the situation further.

“Most importantly, this does prevent you from using your toilets and eliminates your water source,” the letter said. “Therefore, the building would be considered uninhabitable and all residents would need to vacate the building until these resources can be restored. At this time, we do not have a definite time that we will be able to restore those resources to your building.”

Residents were advised to contact their renters insurance companies to make claims for property damage and seek reimbursement for dislocation expenses.

At least one other Oak Lawn rental community told residents the same thing.

Apartment owners — who have also been hit hard by the pandemic — are expect huge losses because of the winter storm.

“Unfortunately, it will be days before we know the full extent of the damage owners have sustained, but undoubtedly the toll will be in the millions,” said Ian Mattingly, an officer with the Apartment Association of Greater Dallas and CEO of the rental management firm Luma Residential. “Due to the nature of the commercial insurance markets, much of this will be excluded from coverage by carriers eager to minimize losses.

“Right now, however, most owners are focused on doing the best they can for their residents in the frigid cold,” he said. “Making sure they have access to heat and water is paramount. I spent much of the day yesterday on the phone with residents and our maintenance teams.”

Camden Property Trust, a major apartment owner in North Texas, owns one of the rental communities in Victory Park that sustained water damage.

“No communities needed to be vacated, and power and water has been restored to most communities,” Camden’s Kim Callahan said in an email.

Because of the COVID-19 pandemic, many apartment owners had already been scrambling to keep residents, with growing rent concessions and declining rents in some areas. Costs to repair storm damage won’t be easily passed on to renters.

“This year’s budgets will be tougher to hit given an increase in the cost of property repairs, even if some of those expenses are covered by insurance.”

The full extent of damage won’t be known until properties are fully thawed, and repairs are likely to take a long time.

“Licensed plumbers remain in short supply, so many homeowners may unfortunately have to wait weeks for repairs,” said Phil Crone, executive officer with the Dallas Builders Association. “Homeowners and businesses with fire sprinkler systems are especially vulnerable because those can usually only be turned off by the fire department or a specifically licensed contractor.

“Our office in Plano experienced the worst of this when a burst pipe collapsed a ceiling, leading to massive damage.”

Renters who have property insurance need to make claims to cover costs of damaged belongings and the expense of any temporary relocations made necessary by damage to their units, said RealPage’s Adam Falkauff.

Apartment complex owners — even those with insurance — will face major costs and the prospect of higher insurance premiums ahead.

“When [building] owners make claims, they are exposed to expense, with normal deductibles starting at $100,000 and the likelihood of rising premiums,” Falkauff said. “Just like a car accident, the more claims you make, the more likely your premium will rise over time.

“This is especially significant given that property insurance has significantly hardened over the past few years, with many owners seeing their premiums rise 50% to 100% over the past three to five years.”

Apartment owners are trying to plan a strategy.

“For significant damage, I think most will be relying on insurance for repairs,” said Matt Segrest, CEO of the Dallas-based apartment builder and owner Alamo Manhattan. “For amounts below insurance deductibles, repairs will be self-funded.

“Yes, I agree — the industry just keeps getting hammered.”

Segrest said his firm has been lucky so far.

“We only have one issue — burst fire sprinkler pipe — at a property, and it is relatively minor,” he said. “I’m a little nervous, though, about what we will find when things start thawing out.

“We are likely to see major issues with our housing stock, particularly the older stuff.” 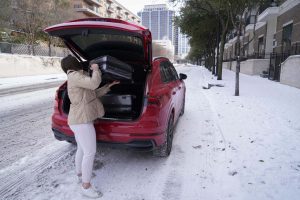 Abby Belton loads bags into her car as she prepares to depart her apartment in Victory Park after a winter storm brought snow and continued freezing temperatures to North Texas. With her apartment unlivable, Belton said she was leaving town so she could continue working. (Smiley N. Pool/The Dallas Morning News)(Smiley N. Pool / Staff Photographer)