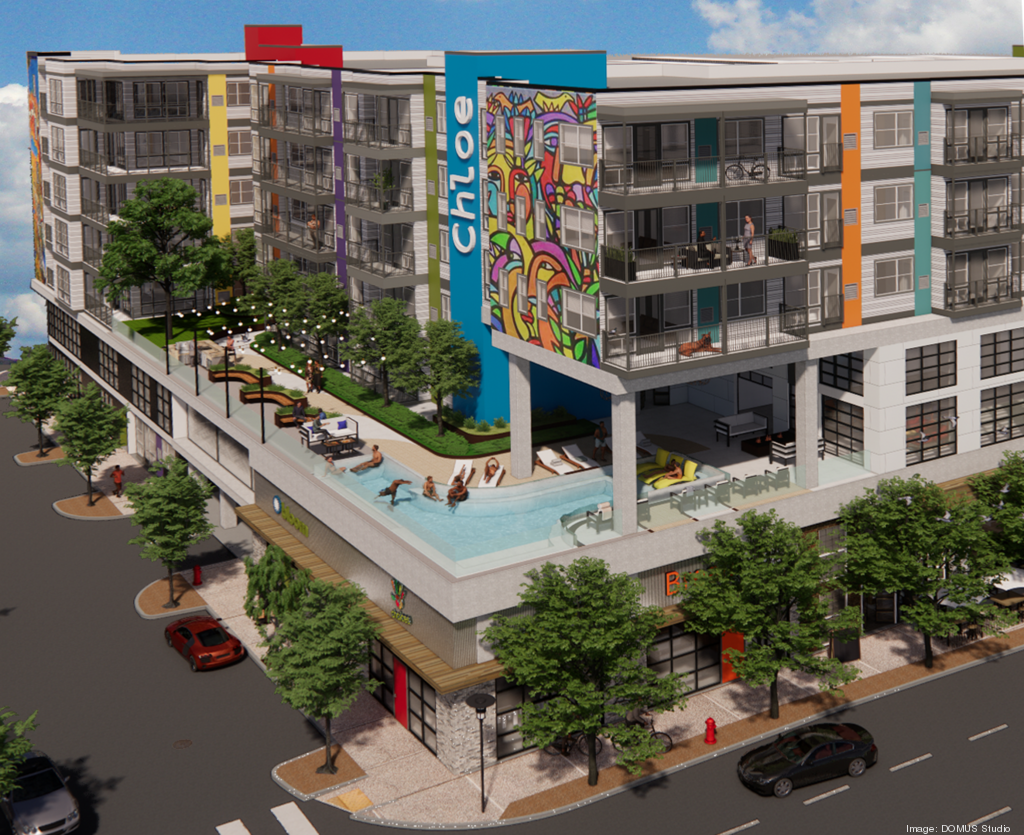 The first phase of an ambitious mixed-use project in The Cedars, the neighborhood just south of downtown Dallas, will consist of a 266-unit apartment complex, the development team announced Friday.

The 15-acre development, called SoGood, is being led by Dallas-based Hoque Global and will be located on the site of a former Pilgrim’s Pride chicken plant on Cesar Chavez Boulevard. The planned apartments, which are being called The Chloe at SoGood, will be developed in partnership with another Dallas-based company, Corsair Ventures.

“The Chloe’s location in The Cedars’ Opportunity Zone and proximity to the urban core are integral to launching this next hub of urban development in Dallas,” said David Gunderson, CEO of Corsair Ventures, in a prepared statement. “SoGood will bring investment to the area and we are honored to help lead this new development for our city.”

Corsair Ventures has primarily developed apartments and healthcare facilities throughout North Texas. The apartments are expected to cost more than $45 million to build, according to a release. The development team is currently in the permitting process and a start date has not yet been determined. However, the team says the project is expected to deliver by the end of 2022. DOMUS Studio has designed the project while TBG will act as the landscape architects. Interior design is being handled by Ink+Oro.

“Corsair Ventures is a strong partner with us at SoGood in our work to bring investment south where we can connect the community and neighbors who have been seeking opportunity and authentic positive growth that genuinely benefits all,” said Mike Hoque, CEO and founder of Hoque Global, in a prepared statement. “As SoGood beneficially connects Farmers Market, Deep Ellum and downtown Dallas with neighborhoods and communities to the south, this catalyst progress begins.”

Additional phases of SoGood are expected to include more apartments, retail and commercial space. The proposed development, formerly known as SoGood at Cedars, has been in the works since at least 2018. Hoque Global also has another mixed-use project in the works.

Located in downtown Dallas, just south of City Hall, Newpark Dallas will be a 20-acre development complete with over a million square feet of office space, 200,000 square feet of retail space, thousands of residential units, a four-star hotel, and a proposed one-million-square-foot educational campus with facilities ranging from pre-K through higher education.

Phase one of the project was announced in October and will include One Newpark, a 38-story, 825,000-square-foot mixed-use tower. Being developed in partnership with Omaha-based Lanoha Real Estate Company, the project is expected to include 225,000 square feet of office space, 268 apartments, and a 245-room hotel operated by Plano-based Aimbridge Hospitality. The partnership plans to break ground on the tower by mid-2021 with an anchor tenant attached. When asked, Hoque declined to name the tenant.