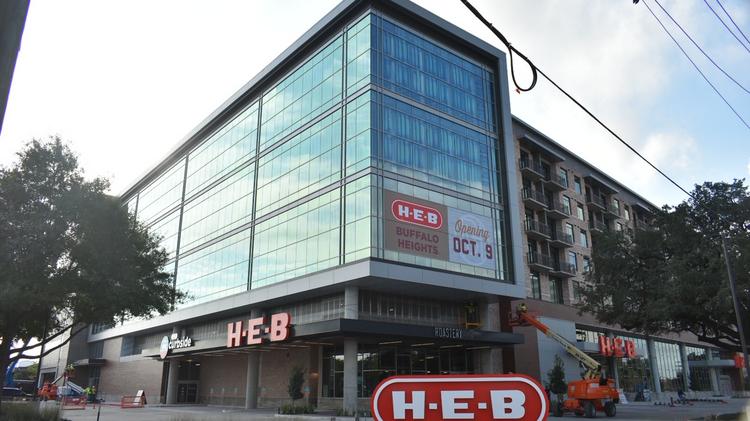 The trend among multifamily developers to add a premium grocery component to projects has become popular in many U.S. cities in recent years, and it’s easy to see why. A new report by Bethesda, Maryland-based RCLCO Real Estate Advisors found that developers are often able to charge a premium on rent for easy access to food shopping.

But it appears not all grocery chains are the same when it comes to tenant demands.

The RCLCO report found that having either a Whole Foods or a Trader Joe’s store within a multifamily development allows landlords to charge 5.8 percent more, on average, than comparable apartment complexes nearby. In a similar analysis in 2016, RCLCO found a ground-floor Whole Foods earned a 4.3 percent premium, and a Trader Joe’s generated only a 3.2 percent premium.

In its latest analysis, RCLCO also found that “other premium grocers” achieve a 3.3 percent premium. Those other grocers included in the analysis were Safeway, Sprouts Farmers Market, Fresh Thyme, Harris Teeter and Fairway Market.

“The presence of a ground-floor premium grocer has a meaningful impact on apartment performance, measured in terms of rental rates and lease-up pace,” the report said. “Brand cachet, particularly among Millennials who have been the primary target market for most new apartment buildings, is clearly important, as properties containing a Whole Foods or Trader Joe’s on the ground floor are able to achieve the highest rental rate premiums.”

Meanwhile, Trader Joe’s locations do not always bring the same value when it comes to rent growth.

“Buildings with Trader Joe’s experienced a flat relationship, meaning that higher premiums did not necessarily correlate with stronger rent growth,” the report said.

Charging more for an on-site premium grocery location also does not appear to hurt unit absorption rates, the report said.

“When these grocer-anchored buildings first open, their capture rates tend to exceed their fair share of submarket demand but stabilize to approximately fair share levels over time,” the report said.

A deeper dive into North Texas

RCLCO based its report on case studies of 64 apartment communities in 20 different metropolitan statistical areas, each of which contain a premium grocer on the ground floor. In Dallas, there are a few examples of such on-site grocery stores below apartment complexes, but only one was included in the report, The Armstrong at Knox.

The 165-unit apartment complex is located at 4525 Cole Ave. in Knox-Henderson. Below the apartments is a 13,396-square-foot Trader Joe’s, according to the Dallas Central Appraisal District. The complex’s rental premium is 11.8 percent, according to the report. Nearby properties compared include The Katy, Knox Heights, Aura on McKinney and Bell Knox District.

In Uptown, a 44,387-square-foot Whole Foods Market occupies the ground floor of Gables McKinney Ave. Built in 2015, the property is located at 2500 McKinney Ave. and has 239 apartments units.

Further south in Uptown is The Christopher, a 31-story, 309-unit apartment high-rise. Below it is a 60,000-square-foot Tom Thumb store. The complex is home to some of the highest apartment rents in Dallas, which may be due to either its ground floor grocery store or its proximity to The Union. Earlier this year, The Union office building sold for an estimated $370 million to South Korea-based KB Asset Management. At just over $730 per square foot, it is currently the most expensive office building sale in Dallas history.

Later this fall, Dallas will have a fourth apartment complex with a grocery store below it. The Gabriella, a 378-unit apartment complex being built at the corner of Live Oak and Texas streets in Old East Dallas, will soon have a 56,000-square-foot Tom Thumb occupying its ground floor, as first reported by the Dallas Morning News. Tom Thumb had originally planned to open in late 2019 before work on it and the Gabriella was temporarily halted after a crane accident during heavy storms in June 2019 killed one person and injured five others.

Just a few blocks north, another apartment complex with a proposed grocery store has been proposed. Called One City View and located at the corner of Flora and North Hall streets, this 375-unit apartment complex could include an 85,178-square-foot Kroger below it. The project would be developed by Augusta, Georgia-based Southeastern Development.